Tornado Time Machine is under construction!

Do you live in Andover?

If so, you can find the Andover, KS severe weather outlook here.

Here's a look at the tornado that struck Andover this evening. https://t.co/pZoaLMwPpa #storm12 #kwch12 #kswx pic.twitter.com/T6cMB0UgAF

Just days after the anniversary of the 1991 tornado outbreak, Andover found itself under the gun with an enhanced risk severe weather outlook (3 out of 5 on SPC’s scale) in general

Additionally, Andover found themselves with a 10% tornado risk, with the additional threat that tornadoes that formed would be strong (EF2 and larger).

Elsewhere, the threat level was as high as 4 out of 5 on the risk scale.

severe weather outlook the day before and day of

The day before at 1:02 am, the Storm Prediction Center placed Andover in a 10% tornado threat area with a black hatched area which indicates the additional threat that tornadoes will be strong (EF2 and greater).

The morning of the tornado, at 12:49am, the SPC continued this risk for Andover and other areas.

As of the outlook issued at 11:19am, the SPC increased the tornado threat area north of Andover to 15%. Below is the 11:19 tornado outlook image:

At 3:35pm, the Storm Prediction Center issued tornado watch #158, including the following line:

Though the tornado watch was not labeled a “particularly dangerous situation”, the tornado probabilities were still quite high:

In the 4:19 pm weather briefing, the National Weather Service office in Wichita, KS included this threat:

However, any storm that forms will have potential to produce very large hail, damaging winds, and tornadoes, some of which could be strong (EF2+).

At 8:13pm, the tornado warning was upgraded to confirmed/observed status:

More extreme close-range footage of destructive #tornado going through Andover Ks. Had bird in the air, attempted to deploy pressure and tornado was on top of me. Went from 10 to 300 mph in seconds pic.twitter.com/Faxnz3vaX8

Approximate location of the start of this shot:

the YMCA in Andover that took damage

The Andover YMCA has a lot of damage. I sent a note to @ymcawichita to see if they have anything they can tell us. We have crews gathering info & will have details on @KAKENews tonight & Good Morning Kansas at 6 & 8 a.m. Saturday. I hope nobody was hurt.#KAKENews #kswx pic.twitter.com/oGDnBKkKL5

#KSWX #BREAKING ***EXPLICIT LANGUAGE WARNING***: A viewer shared this video with us capturing the aftermath of damage at the Andover YMCA. #KAKENews pic.twitter.com/tOPE0yB6K3 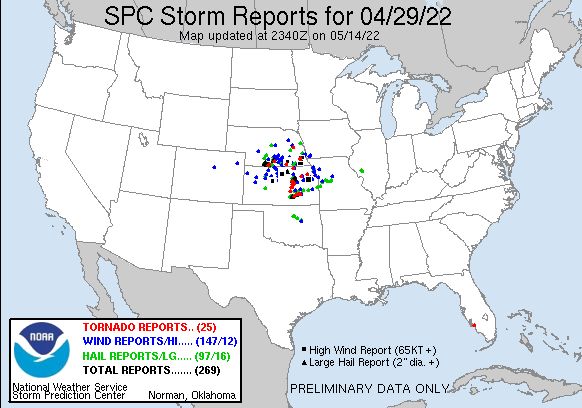 Several twitter accounts from local TV stations have been posting footage and imagery from the damage: